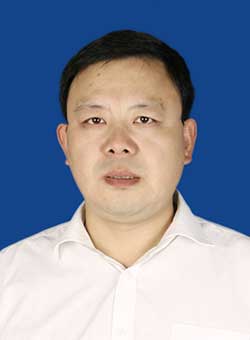 Biography: Professor Yongbo Shao is the Chair Professor in Mechanics in the School of Mechatronicl Engineering of Southwest Petroleum University (SWPU) in China. He received his bachelor and master degree from Tsinghua University of China, and he graduated as a PhD in the School of Civil and Environmental Engineering of Nanyang Technological University in Singapore. The main research interests of Prof. Shao are focused on engineering mechanics and marine structures. He published more than 130 academic papers, including about 50 papers indexed by SCI. Prof. Shao was ever invited to deliver keynote speech in seven international conferences, and he won Highly Recommended Papers in international conference for twice.

Biography: Dr. Peng-Sheng Wei received Ph.D. in Mechanical Engineering Department at University of California, Davis, in 1984. He has been a professor in the Department of Mechanical and Electro-Mechanical Engineering of National Sun Yat-Sen University, Kaohsiung, Taiwan, since 1989. Dr. Wei has contributed to advancing the understanding of and to the applications of electron and laser beam, plasma, and resistance welding through theoretical analyses coupled with verification experiments. Investigations also include studies of their thermal and fluid flow processes, and formations of the defects such as humping, rippling, spiking and porosity. Dr. Wei has published more than 80 journal papers, and delivered more than 90 times of Keynote or Invited Speeches in international conferences. He is a Fellow of AWS (2007), and a Fellow of ASME (2000). He also received the Outstanding Research Achievement Awards from both the National Science Council (2004), and NSYSU (1991, 2001, 2004), the Outstanding Scholar Research Project Winner Award from National Science Council (2008), the Adams Memorial Membership Award from AWS (2008), the Warren F. Savage Memorial Award from AWS (2012), and the William Irrgang Memorial Award from AWS (2014). He has been the Xi-Wan Chair Professor of NSYSU since 2009, and Invited Distinguished Professor in the Beijing University of Technology, China, during 2015-2017.

Topic: Heating, Melting and Drilling a Surface with an Electromagnetic Wave

Abstract: This study numerically investigates transient transport processes during the heating, melting and drilling of a surface subject to an electromagnetic wave in a TM mode. A systematical investigation of heating, melting and drilling a surface is essentially required to understanding different types of packaging, plasma and nanotechnology processing. The present model considers fluid flow in the ambient to be compressible, while that in the liquid phase of workpiece is laminar. Accounting for thermocapillary and electromagnetic forces and energy generation due to electrical resistivity, dielectric constant and magnetic permeability, the results show that fluid flow and heat transfer associated with strong deformation of the surface result in complicated transport phenomena, especially for different characteristics of incident electromagnetic wave.